Amateur stargazers rejoice! This is the perfect opportunity until 2027 to watch an asteroid pass uncomfortably close to our planet. The 2014-J025 was first detected in 2014 and estimated to pass the earth in 2017. The asteroid proved the calculations right as it will pass earth at a distance of five lunar distances or 1.8 million kilometers (1.1 million miles). This is close to five times the distance of the moon from the earth and is classified as an uncomfortably close pass-by by astronomers. The asteroid is 650 meters across and can be seen in the night sky for almost two days because that’s how long it will take to cross earth.

The asteroid is on a return trip from the Sun after having gone around the Sun once and will continue on past Jupiter and begin its trip again around the sun from the centre of the Solar System. The asteroid won’t be in sight until the year 2600. However, humans have a far bigger problem to worry about as in 2027, an 800-metre wide asteroid 199-AN10 will fly past Earth at a ridiculously close 380,000 kms or one lunar distance. The space rock will fly by at 236,000 miles from earth or about the same distance the moon is from the earth. 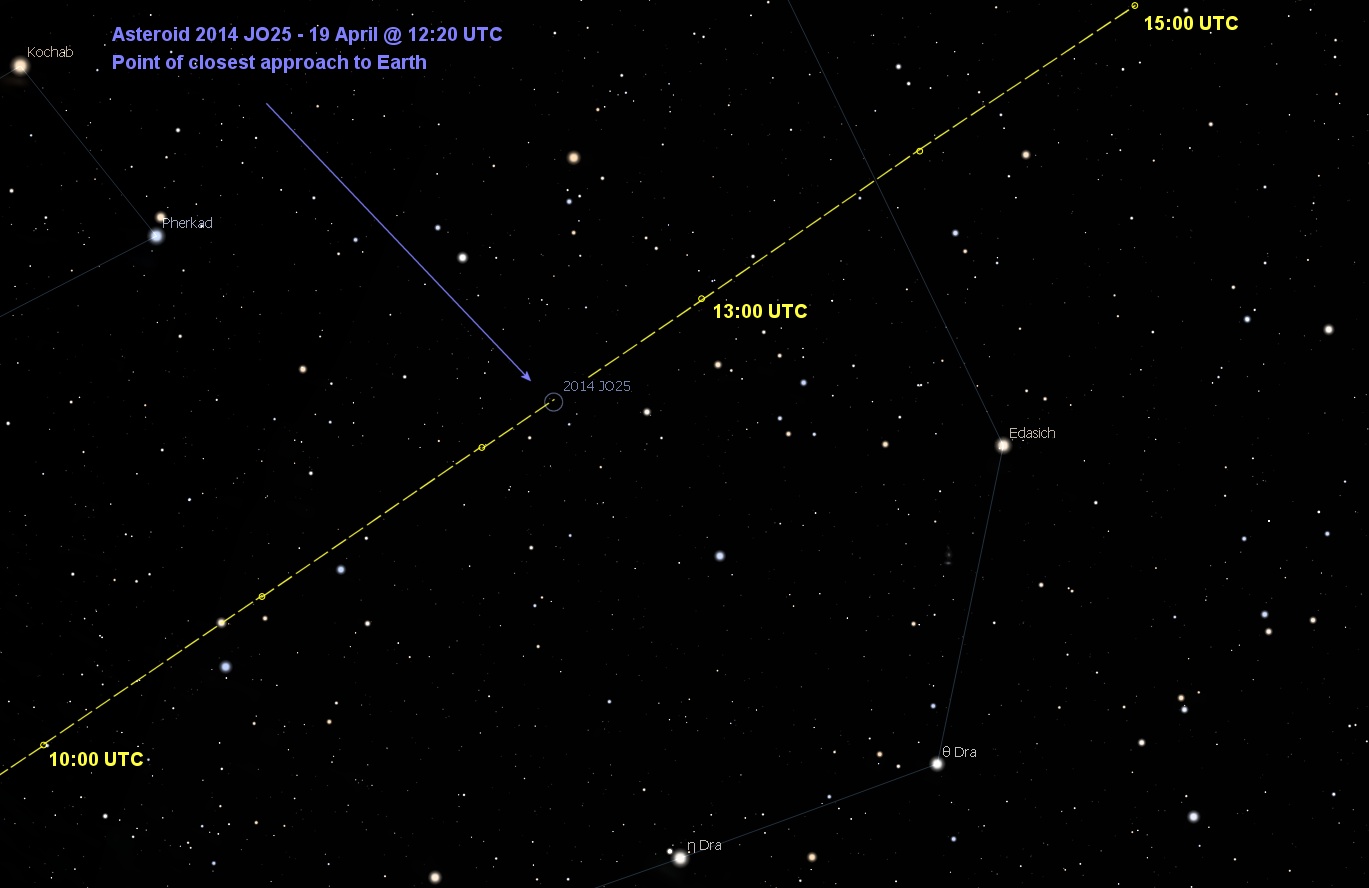 Asteroids of all shapes and sizes regularly fly by earth without causing any damage mainly due to their small size and distance. Even if these tiny asteroids decide to fall onto earth they are quickly burnt and fall apart in Earth’s thick atmosphere. In 2004, the Earth had a major scare when an asteroid named Toutatis which was a whopping five kilometers across passed within a measly four lunar distances. The amount of destruction that could have arisen if the asteroid had plummeted onto Earth is unimaginable.

This asteroid however presents an amazing opportunity to gaze out at the stars for close to 2 days and observe it passing the earth. Another astronomical event which will take place on Wednesday is the passing of the comet PanSTARRS which will fly by the Earth at a very safe distance of 175 million kilometers. Astronomers have already calculated the exact size and the trajectory of the asteroid and estimate it to be visible in sky for two nights. The asteroid has also been estimated to be twice as reflective as the moon which will enable stargazers to identify it easily. The comet will be brighter still and can even be observed in the dawn sky with just a pair of binoculars or a simple telescope.

Both these celestial objects have been estimated to be around 4.5 billion years old making them as old as our solar system itself!