You are here: Home / Automobiles / Honda CBR 250: Why it may be the best bike in its segment!

Honda made waves with the launch of the CBR 250R way back in 2011. It was among the first performance motorcycles to be launched in India at that time and it was all set to compete with a rather sparse competition. The competition included the Karizma ZMR, the R15 and the Kawasaki Ninja. Even though the Ninja might seem appealing to the naked eye, the Honda had a lot to offer under its hood and came loaded with safety features and electronics.

The Honda CBR 250R also worked on the concept of mass centralization which helped it keep the center of gravity as close to the rider as possible for precision cornering and better handling. The CBR 250 might be dated but it newest version promises to be all it should be for a price under Rs 2 lakh. 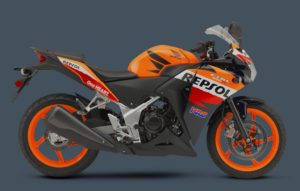 Honda engineering is plainly evident in the refinement of the engine in this bike. The bike’s 249.6 cc, liquid-cooled, single-cylinder engine offers superb levels of refinement which keeps the bike stable at speeds of over 150 kmph. The bike has superb mid-range and higher-range power which makes it a breeze to ride in the highways. The bike will perform superbly as a tourer but falls short when it comes to the bumper to bumper traffic on the Indian roads. The engine is mated to a six-speed gearbox with crisp gear ratios and also comes with a slipper clutch for easier downshifts.

This bike offers a lot for both the rider and the pillion. It offers great comfort with thick cushioned seats for superior comfort. The bike also sports dual disc brakes with Nissin calipers which offer great stopping power by themselves. The new version of the CBR comes with ABS which is a great safety feature and is helpful to riders. The rider will feel very comfortable driving this bike as it offers superb stability.

The CBR 250 has a company claimed top speed of 145 kmph but the bike can go much faster. The bike gives a mileage of 30 kmpl inside the city and close to 45 kmpl in the highways. This is a great figure considering that newer bikes such as the Duke give less mileage. The Honda CBR 250 is a very sensible bike and appeals a lot to Indian users. It has a decent top speed, has a great design for further modification if necessary and superb mid range power. 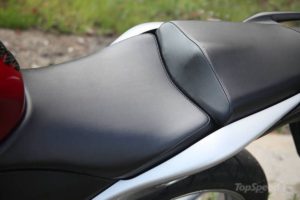 This offering by Honda is practically perfect in every way. It comes with a 13-liter fuel tank for long range driving and an Electronic Control Unit. The ECU monitors the activities of the bike in real time and helps increase the comfort of the rider. The bike is priced at Rs 1.9 lakh for the ABS version and is worth every penny. So what do you think? Is the CBR worth it or simply not as good as its competition? Comment down below.