The famous company Xiaomi has launched a new variant and one of the most affordable Mi TV 4A 43 inches Smart TV in India. It is the company’s latest model in the Mi TV 4A series. It is a “smart TV” which features Xiaomi’s Al powered Patchwall UI. This new model of Mi TV 4A has a 43 inch full HD display screen. It’s features include 178 degree viewing angle and is powered by an Amlogic quad core SoC. This smart TV has 1GB of RAM and 8GB of internal storage. This Mi TV 4A 43 inch Smart TV comes with the equipment of the Patchwall. The Patchwall gives the users an access to the personalised content which is based on their preference.

The connectivity options includes on the 43 inch Mi TV 4A includes 3 HDMI or one ARC ports, Wi-Fi, 3 USB 2.0 ports, an Ethernet port, one AV component port, and a 3.5 mm headphone jack port. The Xiaomi Mi TV 4A even offers contents in 15 Indian languages to its customers. The company has also tied up with Voot, Hungama, Sony Live, among others to bring 5, 00,000 hours of free content. It is said by Xiaomi that almost nearly 80 percent of the content is free and it will keep increasing these contents in the future. 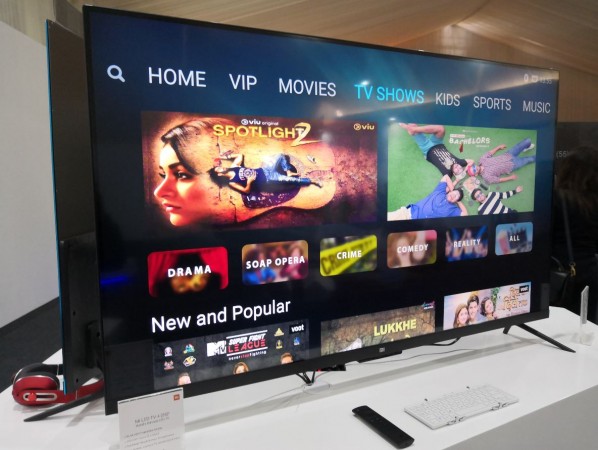 This model of Mi Tv 4A 43 inch Youth Edition has newly come to the market for not less than a month just after the Chinese manufacturer has released the 43 inch Mi TV 4A in India, alongside with a 32 inch model in the same series. This Xiaomi Company has already launched several MI TV 4A model specifically in its home country which includes 43, 49, 55 and 65 inch variants. The company has as well as launched 40 inch model.

The Mi TV 4A series provides the television models with thin bezels and the features of the smart TV at very affordable prices. This price can be compared with the Xiaomi’s flagship Mi TV range. Along with the latest addition, the Xiaomi is now offering with more options to the customers. They are giving them cheaper and smaller models which the customers can choose from. The Mi TV 4A 43 inches Youth Edition is a trimmed down version of the 43 inch Mi TV 4A. It has been priced at the CNY with 1699 or roughly 17,800. It is the same as that of the 40 inch model of the Mi TV 4A.

the connectivity options of the new Mi TV 4A includes Wi Fi, two HDMI or one ARC ports, two USB ports, one Ethernet Port, one AV component port and even one S/PDIF audio port.

The Xiaomi Company is also touting the presence of the DTS-HD and with two 6W speakers. This Mi TV 4A model also supports voice control. So the buyers can also use the remote along with the built in mic to give commands.