You are here: Home / Australia / Anzac Day – Will it be peaceful this year?

As country’s national day of remembrance is just round the corner, Australian authorities are preparing to put major cities on a ‘Terror Lockdown’ as per media reports. There is intelligence that Anzac day can be targeted by lone wolfs. There has been sudden increase in lone-wolf attacks being carried by jihadist affiliated to Islamic state terror groups. Only this Thursday was a police officer shot dead in plain sight by a lone wolf belonging to these terror outfits. Hence, Australian counter- terrorism agencies are put on high alert.

What is Anzac day?

Anzac Day commemorates members of the Australian and New Zealand Army corps, Anzac being the short for the same, who served the country and died in its wars and conflicts. It is celebrated on April 25 every year and is a national even celebrated with much fanfare in Australia. 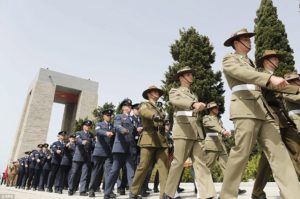 On the eve of Anzac Day police and specialist officers are scouring streets, gardens and buildings of Melbourne for anything out of the ordinary. Authorities would use Hi-tech cameras throughout the day to monitor persons of interest in the city.

Acting Commander of Victoria Police, Peter O Neill said a “bubble” would be placed around the city to ease community fears after the recent Paris attack and a foiled terror plot on Anzac Day in the recent past.

He mentioned that although no direct threat has emerged the police will still maintain a strong presence and have bubble around parts of the city to provide a safe environment. 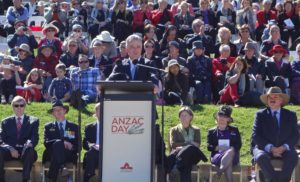 Why is Anzac Day under the Radar?

Anzac day was under the hotspot in 2015 after Sevdet Ramadan Besim, a lone wolf of the ISIS was caught. He intended to attack and behead a police officer before using a gun to spread terror and rampage throughout the city. Besim was jailed for 10 years last year after pleading guilty to planning a terrorist attack in Melbourne on Anzac Day in 2015.

This year, more than 60,000 people are expected to be in the city for the dawn service and Anzac Day match and more than 100,000 for the traditional Anzac Day Aussie Rules match.