You are here: Home / Environment / Giraffes are the Newest on the endangered list after the bumblebee!

Giraffes are the symbols of the Savannah and one never fails to conjure up images of the majestic animal when thinking about the plains of Africa and the Savannah. Latest reports suggest that Giraffes may be the next animals to be included in the endangered list after a declining population in Africa. Conservationists all over the world are calling for the Giraffe to be put on endangered lists to prevent a ‘silent extinction’ of the inspiring animal. Giraffes are one of the most iconic animals in the planet and there has been a drastic decline in their population which, if not popularized will lead to giraffes being totally extinct without humans even noticing. 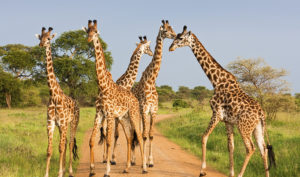 The International Union for the Conservation of Nature, in December of 2016 moved the giraffe from ‘Least Concern’ to ‘Vulnerable’ in all of its global Red Lists. This is alarming as giraffes have always to be considered to be rather resilient creatures. To learn that giraffes may become extinct in a few years is shocking news. The IUCN reported that the giraffe population declined by as much as 40% since the 1980’s with just 97,500 giraffes left in the wilderness. Several environmentalist groups are making a case to classify the animal as endangered lest it die out entirely.

This rapid decline in the giraffe population is attributed to habitat loss, rampant cases of poaching and civil unrest in various parts of Africa. Wildlife campaigners all over the world were shocked to learn of this rapid decline in giraffe population. Recently, five environmental groups came together to file a formal request with the US Fish and Wildlife service to change the status of the animal. The petition asks for the animal to come under the protection of Endangered Species Act which will ensure that the specie is taken care of and population levels rise up again. 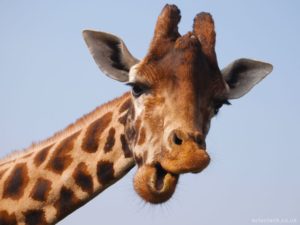 Giraffes have already become extinct in seven countries with overall numbers running as low as 97,000. They are being hunted for their abundant meat and their habitats are being destroyed rapidly as a result of urbanization. In a BBC documentary, popular broadcaster Sir David Attenborough stated that giraffes were the most overlooked creatures and they needed to be attended to soon else they would be lost just like the several other species which became extinct as a result of human intervention.