You are here: Home / Lifestyle / Jailbreak – Not exactly what you think it is!

The term jailbreak may make us wonder which prison was broken into and who escaped. This is a different kind of jailbreak. It is an annual event that sees students accept a challenge to get as far away from their starting point as possible in a set time, without spending any money on travel.

Jopson and his friends in March 2011, signed up for Jail Break. A student at Queen Mary University, Jopson had only 36 hours to complete the task.

For obvious security reasons, organizers demand competitors to send regular updates on their location, direction, and method of travel which also includes registration plates of vehicles. Illegal activities like sneaking over borders are also prohibited.

“I expected it to be a fun and bold adventure, a great way to spend a weekend with friends and a way to push us into places and situations we’d never been in before. It was all of the above,” says Jopson. 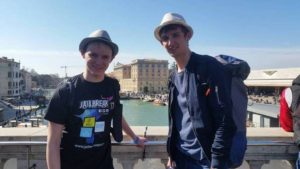 “A lady who drove us a long way during the night told us how she thought it was sad that people wouldn’t trust us because we were three guys and that even as a woman on her own she was happy to help.

“Then a crazy tattooed man with a dog and the messiest car we’d seen drove us to Vienna.”

But it was a man named Davey De Bock that made Jopson’s Jail Break. He says.

“He gave us a tour of Antwerp and loads of local history, then took us for a beer. He gave us a stone he’d taken off a Normandy beach and asked us to take it to our final destination and take a photograph with it. I kept that stone for five years afterwards.” He lost the stone later during a trip to Australia.

But it was not a totally smooth journey for Jopson and his teammates.

“The worst moments included standing outside a service station in Cologne for seven hours, almost freezing to death.”

Despite their efforts, Jopson and their friends couldn’t win that year.

For those still tempted to try their own Jail Break, Oli Griffin, a 26-year-old journalist and frequent partaker in the jailbreak advises carrying explanations of the challenge in different languages.

“If you’re starting in London, or the south or very north, heading in the opposite direction in the UK could see you clinch it. The language barrier is a real issue when you are in Europe, and it can cause trouble to you. A team that came third or fourth one year just headed to Scotland from London and they did really well. 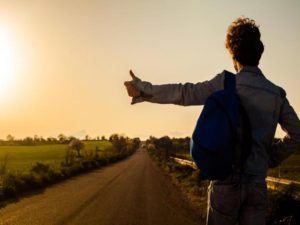 This unique game teaches competitors what life is really about and what people are really like. One could say every participant is a winner even if they could not cover much ground in the given time as they would have still learnt a lot from this experience. For all we know, we’re the only life in this whole wide universe so we might as well make the most of it. This competition gives people the opportunity to experience the world as is.