You are here: Home / Technology / Gadgets / Samsung Gear S4 is expected to release in 2018 with next generation features

Samsung Gear S4: Just imagine, what if your watches, glasses, and jewelry could do what our smartphones do and perhaps even more? You’ll be dumbstruck right? Nowadays, IoT (Internet of Things) is really a magical wand! Wearables can alert you of incoming messages, emails, and much more without having to constantly check your phone. It can also help to locate your phone when it is lost and even connect to IoT enables devices in your home such as controlling AC units and switching On/Off of the lights. Convenience and comfort you’re going to enjoy by having tech related Wearables are endless. 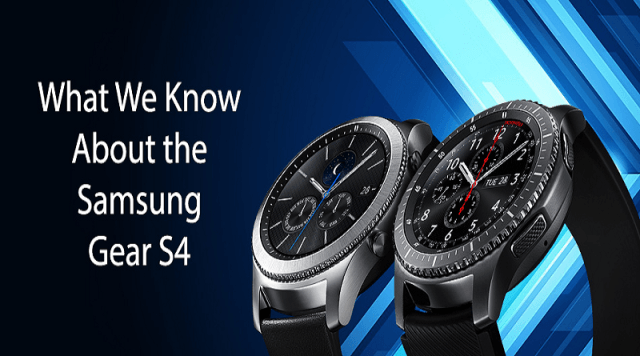 To make your dream into reality, Samsung has been now announced to release Samsung Gear S4 soon. With Samsung Gear S4, the users are now going to enjoy the amazing experience, with two sporty designs jam-packed with features which still offer that in demanded rotating bezel.

It will probably cost a lot. But I assure that the price of this wearable will definitely worth the cost. Initially, the Samsung S3 started at the rate of $349/£349 (around INR 30,000) and we’ll likely see a similar price for the new model Samsung Gear S4.

Many of the techie guys are eagerly waiting for the release of Samsung Gear S4. And I hope Samsung Gear S4 is likely to be one of the most wanted Wearables of 2018.

Apple’s smartwatch comes with so many health tracking features in it. It has so many apps which keep us updated with our running and fitness readings tracking but there is no feature in Apple’s smartwatch to measure the blood pressure on its own. According to the latest patent of Samsung, Samsung gear s4 can measure the blood pressure of human body. Other watches can measure heart rate even Samsung has the pulse meter in its phone since the launch of Samsung Galaxy S5 but till now there is no feature by which watch can measure blood pressure by its own. Now, Samsung is going to introduce the next generation technology to all of us in Samsung Gear S4 smartwatch.

Samsung gear s4 The best intriguing and the most expecting feature in this Samsung Gear S4 is the in-built of rotating bezel with a sub-divided display. So, each and every time when the smartwatch wearer rotates the watch, he/she can access different menus.

As like Samsung Gear S3 wearable, Samsung Gear S4 too packed with full of fitness tracking features including heart rate monitor, workout detection, blood pressure monitoring and so on. By wearing Samsung Gear wearable, you can easily count the squats accurately.

It is also expected to have a longer battery life even with the power on mode. It would surely come with Samsung’s new digital voice assistant, Bixby. It has the possibility of having dual batteries i.e. two batteries in the watch strap to provide more battery life to the Samsung users. And also the users can be able to choose the wrapping material from different types such as leather, rubber, polymer, or fiber.

It has been assumed that the Samsung Gear S4 could be charged by a smartphone case simply by putting on the top. This case would use a USB-C port to take charge of the smartphone which in turn provide power to the smartwatch using a hidden coil, just by conducting it to a plate inbuilt on the case.

The Samsung Gear S4 has the chance coming with the addition of special features like a fingerprint or lighting sensor, face recognition, a camera as well as infrared and heart rate sensors.

For the convenience, the Samsung Gear S4 offers the users a shortcut to applications with needed info such as time & date, weather forecast, battery info, and also phone specifications in a single click! 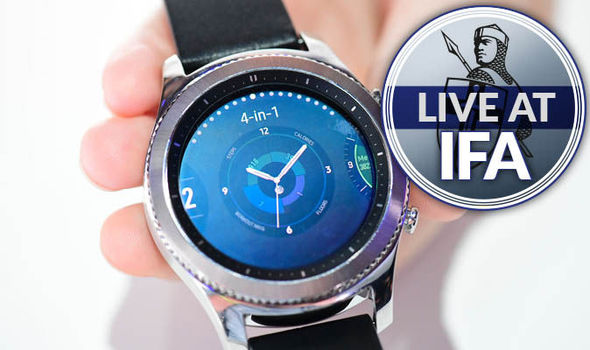 Frontline to Samsung Gear S3, Samsung Gear S4 continues to be released in the late August 2018 and heading on the sale in November. Even there is no official announcement – it has been spreading that Samsung Gear S4 is going to be live in IFA event at the end of August or early September.

As of now, the above given is the information revealed about the Samsung Gear S4. Millions of trillions of Smartwatch users are waiting to take advantage and experience the advanced yet amazing features of this Gear S4 smartwatch in this year 2018.

Hope now you will be able to picture the look and feel of the Samsung Gear S4. If you’re looking to update your Samsung Gear S3 to Samsung Gear S4 watch, wait for few more days too. You will get the good news in coming days.

Everyone who loves to wear Samsung Gear S4 Smartwatch and if you are the one among them, stay tuned with us! Thanks for reading… Share your comments below!