You are here: Home / Technology / Self healing Roads is the latest invention!

Nobody likes potholes. Be it bikers or drivers! However, India is a tropical country with more rain than most countries and this leads to a lot of potholes on the roads. In India, only national highways are metalled which means all of the roads inside the city are prone to damage. During the monsoon, water seeps in through the cracks in the roads and greatly weakens the subsoil As the soil underneath the roads is weakened, this causes the road itself to loosen up. Passing vehicles exert huge amounts of pressure on these weak parts forming potholes. In the cold Countries of the West, frost can heavily damage roads. Water is the main evil here too. Water freezes inside the subsoil because of the cold. When water freezes, it expands, creating cracks on the road. When the water melts, the roads have no support and thus potholes are formed.

With the amount of technological progress man is going through each day, it was only a matter of time before inventing self healing concrete. And scientists have now achieved that. Researchers from the University of Bath, Cardiff University and the University of Cambridge have created a new blend of concrete that has a high concentration of bacteria. This bacteria is hidden in tiny capsules and is the answer to self healing concrete. Scientists have looked at Mother Nature for help when creating this concrete. The scientists have duplicated the mineralization effect of bones in the human body. When they applied this to the concrete, they found that it would seal cracks and basically heal itself. 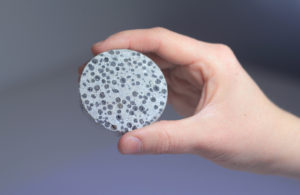 The bacteria which are mixed in the cement will be enclosed in tiny capsules. The bacteria used are called Bacillus Pseudofirmus or Sporosarcina pasteurii. These bacteria are found in highly alkaline lakes typically found near volcanoes and can survive without oxygen for up to 200 years. The bacteria which are present in the concrete come to life when it comes into contact with water. The calcium lactate in the water is its food source and it processes it to form limestone. This limestone helps seal the cracks formed which essentially repair the roads. 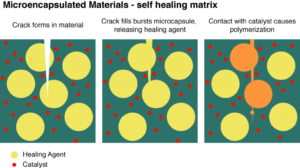 The unique aspect about using these bacteria lies in how it is triggered. The bacteria are enclosed in the capsules and don’t come out till water seeps in. As soon as water comes into contact with the capsules, they break, releasing the bacteria. This initiates the healing process. The bacteria feed on the calcium lactate and blend it with carbonate to form limestone. This limestone fills in any cracks that have occurred.  Researchers are also working to make the bacteria into a liquid form. This would allow people to just spray the bacteria on existing cracks on a concrete surface. As soon as it comes in contact with water, limestone is formed and the cracks are sealed.

This may well be one of mankind’s greatest inventions because it deals with fixing roads. Most transport systems within a country or a state depend heavily on roads and this will help maintain roads more efficiently.

Would you like it if our Indian roads were made of this?