You are here: Home / Lifestyle / What makes the Millennials tick?

A Millennial is a person reaching adulthood in the 21st century and it’s a common fact that he is different from previous generations in many things. The list is now updated after a new report from the Census Bureau found out that among those differences is a shift towards choosing work and education over family. Women from previous generations got married and had children quicker than millennial women. There have been a lot of studies on millennials and one study shows that they support women working outside the home but at the same time, also embrace traditional values. These include attitudes about male breadwinner and female homemakers

The new Census Bureau report which released last week looked at the four milestones of adulthood. These are getting married, having kids, getting a job and living on your own, not necessarily in this order. This report was authored by Jonathan Vespa who is also a demographer.  Millennials show a drastic difference in the number of “housewives” in the present generation. There has been a sharp decline in the number of housewives between 1975 and 2016 which dropped from 43 percent to 14 percent. 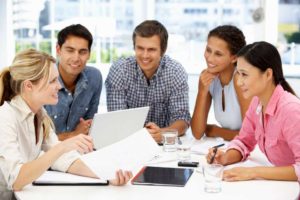 What is the current mindset of the Millennials?

A new Census Bureau report out this week indicates that Millennial men and women are putting off marriage and having children. Sociologists Joanna Pepin and David Cotter released a report on behalf of the Council on Contemporary Families which found out that younger millennials are not as progressive as their counterparts from two decades ago mainly on issues relating to attitude towards women and housework. Millennials are more likely to think women should stay at home than their previous generation.

Women now Vs the Women from the past

It is interesting to note that more young men are moving down the income ladder and more women are jumping up. This fact is substantiated by the census Bureau report on Millennials. The share of young women working full-time has jumped from 49 percent to more than 70 percent over the past four decades. The share of young women earning $60,000 or more increased from around 2 percent to 13 percent.

Why do the Millennial Men Prefer Stay-at-Home Wives?

According to the report, Millennial men prefer stay at home wives over the earning ones. The major reason for the same can be attributed to the feminist movements which tried breaking all the stereotypes and portrayed woman superiority over men. Traditional attitudes like childbirth, homemaking etc were challenged. After embracing increasingly feminist family attitudes from the 1970s to the 1990s, young adults are more likely to accept traditional attitudes now.

So are you a millennial? What is your point of view? We are waiting to hear from you. Do post your views on this.