You are here: Home / Environment / Is melting ice in Antarctica really bad for the environment?

Most of us know how harmful climate change is for our planet and how we have to take measures to prevent the polar caps from melting. However, recent studies have found out some rather interesting information which suggests that the melting ice from glaciers in Antarctica which flows into the ocean does not necessarily increase sea levels; rather it prevents the huge ice shelves in Antarctica from breaking apart and rapidly increasing the global sea levels. For those who do not know, climate change is a rapidly growing concern among the scientific community and it entails the warming up of the entire earth. How it works is that the release of certain gases in huge amounts as a result of human activities will not allow the heat to escape through the atmosphere. These gases are called greenhouse gases and include carbon monoxide and methane. The buildup of heat within the atmosphere in turn increases global temperature levels which in turn melt the ice at the polar ice caps.

However, a recent study found out that Antarctica has a highly sophisticated drainage system for melt water that includes lakes, ponds, rivers and even a 400 ft waterfall which helps drain the excess melt water off of the surface of Antarctica. Previously thought to be the cause of increasing sea levels, this melt water flow might actually be saving our lives by flowing into the ocean. An increasing amount of melt water on the surface results in an increased weight which needs to be supported by the ice. The ice may succumb under pressure and it forms crevices into which water may seep in. This water will then freeze, all the while expanding which leads to cracks in the ice shelves and eventually lead to breaking up of the ice caps. The Larsen B ice shelf which disintegrated in 2002 owes its break up due to this process. 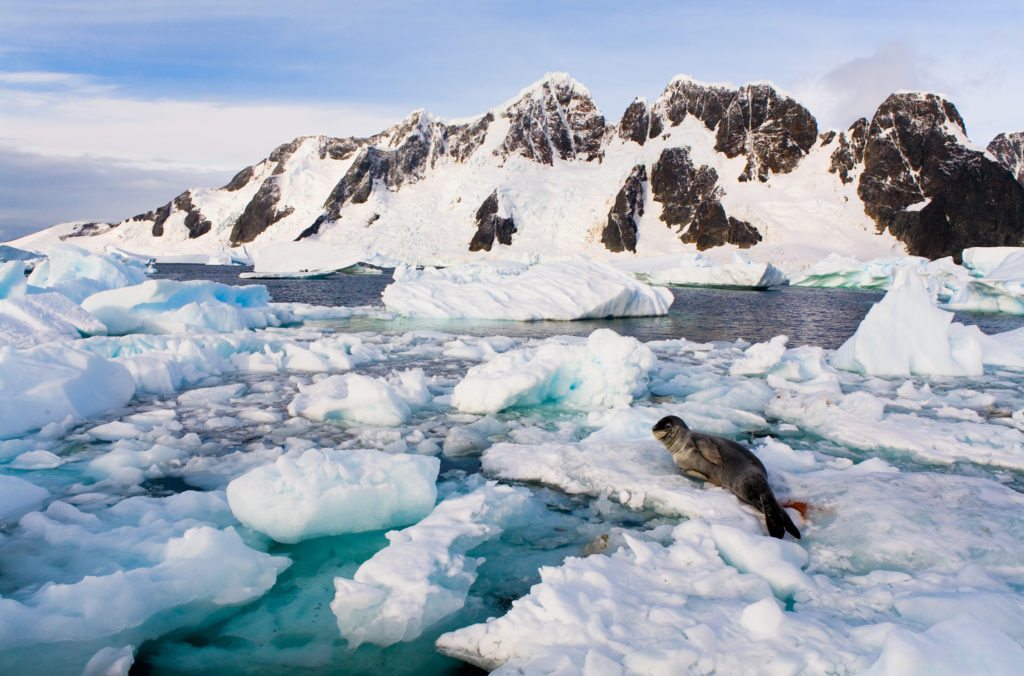 It is also interesting to note that this extensive research on Antarctica’s drainage system is one glaciologist’s interest in browsing through Google Earth. Jonathan Kingslake first noted lakes and puddles forming on the surface of Antarctica in 2010 which later got him interested in studying about the drainage system of Antarctica.

You may also like: Global Warming dried up an entire river in 4 days !